4 days to explore the highlights, taste Rioja Wine and Cook as a Basque 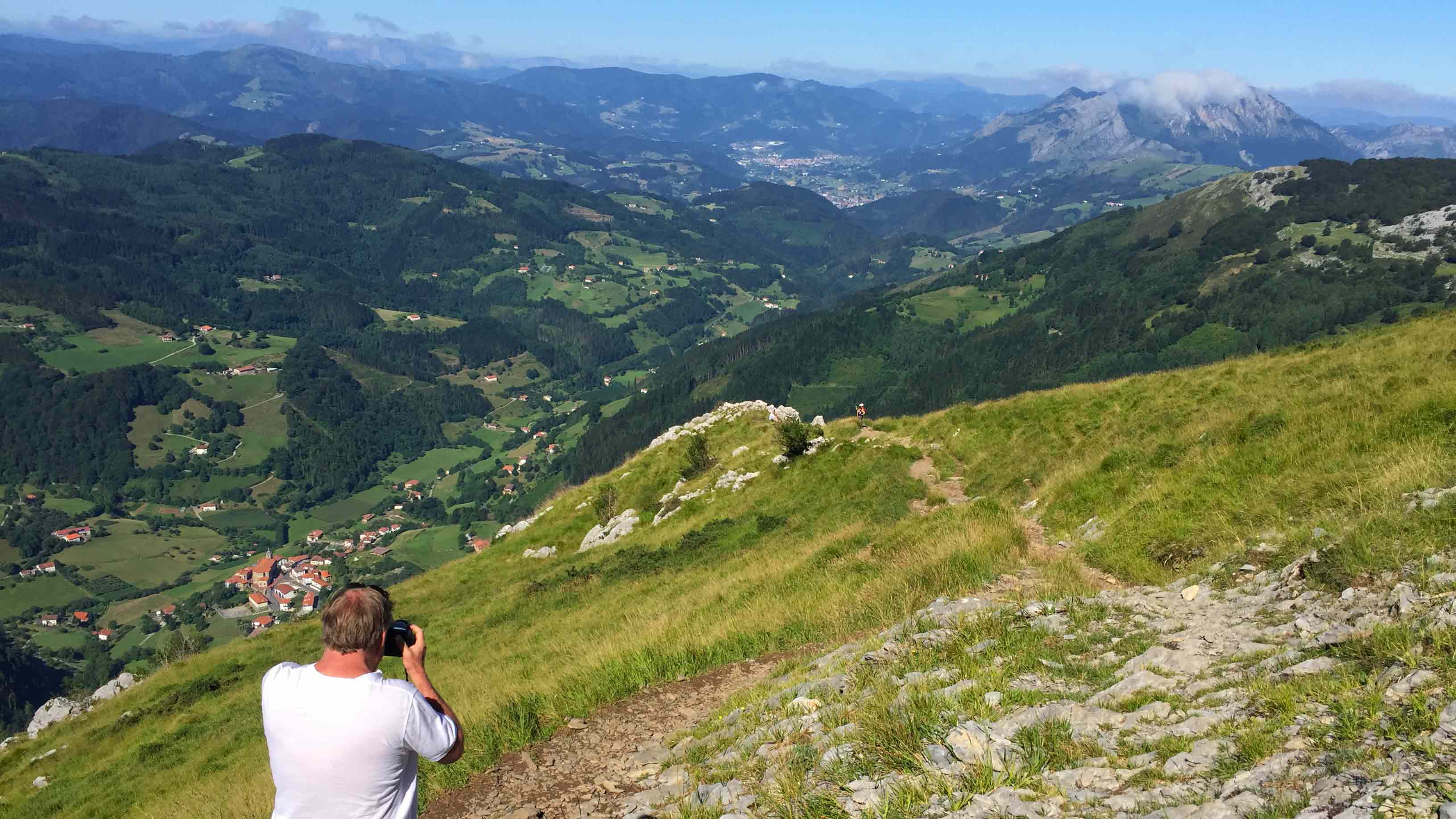 The best Off-The-Beaten-Path tour of the Basque Country!.
MT HERNIO
Driving near to the summit of this rocky mountain, we will make a short walk out in the fields to admire both, the inland green valleys, and the Atlantic ocean
LOYOLA
An impressive religious monument, built between the seventeenth and eighteenth centuries around the Casa Torre is the birthplace of the founder of the Jesuites, St. Ignatius of Loyola.
MT IZARRAITZ
Drive through narrow mountain roads, villages, sheep and cows … we will discover the essence of the Basque Country! Stop at the foothills of Mount Izarraitz to have beautiful views of the mountainous interior as well as the coastline.
ZUMAIA
The place where the green mountains, suddenly meet the Atlantic Ocean! Take a walk of 30 minutes for a nice spot to discover an amazing place! At this point of the coast, the mountains drop steeply to sea level, with wonderful views and let us look at the raw rock formations formed over millions of years
GETARIA is the epithome of a BASQUE FISHING VILLAGE
The charming little fishing village of Getaria. Home of Juan Sebastian Elcano (Getaria 1487-1526) the man who was first to sail around the world. It is probably one of the most treasured medieval centers which best reflects the passing of time. 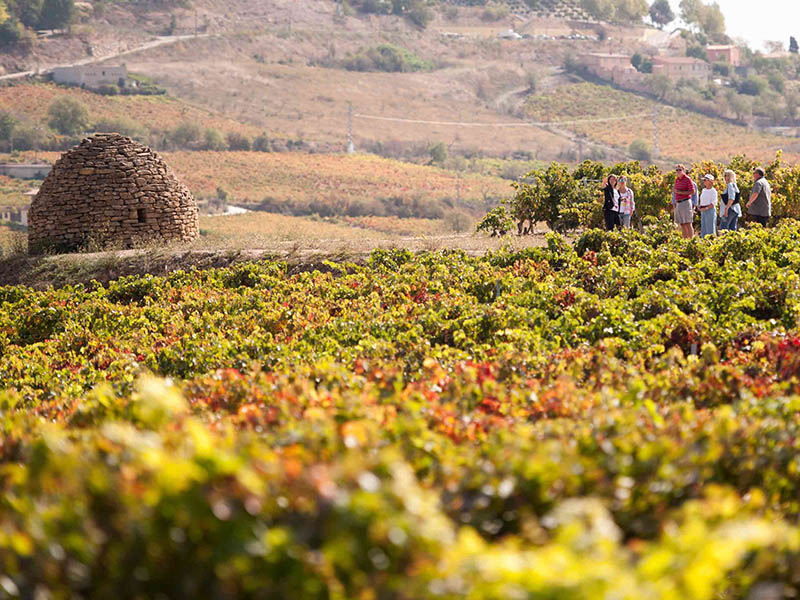 We will take you to up to 5 wineries during this day and will never be under 90 Parker Points! Hopping from winery to winery, tasting their best wines(1 glass of their best wine, always over 90 Parker Points, per winery is included in the price) and we will serve you a iberian ham plate in one of them. For lunchtime, we will head to a fantastic Chateaux style winery where we will after visiting their facilities and learning about their winemaking process, you will be served a tapas based light meal paired with 3 of their wines in the outdoor terrace, overlooking their vineyards!. After lunch, we will explore the iconic medieval style village of Laguardia and also will take you to get external views of the unique architecture wineries as Marques del Riscal & Ysios .

WINERY HOPPING, TASTING 90+ PARKER POINT WINES
We will get to 4 wineries, from Classical Rioja wineries to small boutique family owned ones, hopping in to their wine bars, to taste the best wine of each winery. 2 to 4 wines will be served in each winery, and those wines will always be over 90 Parker Points
traditional picnic style lunch
For lunchtime, we will head to a winery, where you will be served a traditional Riojan style Hot & Cold tapas based meal paired with Rioja red wine. Lunch could be served in an outdoor terrace, overlooking their vineyards or at a unique private cellar carved out of the bedrock .
medieval style village of laguardia
Situated on a hill and surrounded by a 13th century wall, it is a natural balcony towards the wine region. Its streets and corners preserved medieval taste great and economy is based on the wine industry with many subterranean cave-wine-cellars.
iconic architecture wineries
We will take you to get external views & photo opportunities of the unique architecture wineries as Marques del Riscal & Ysios 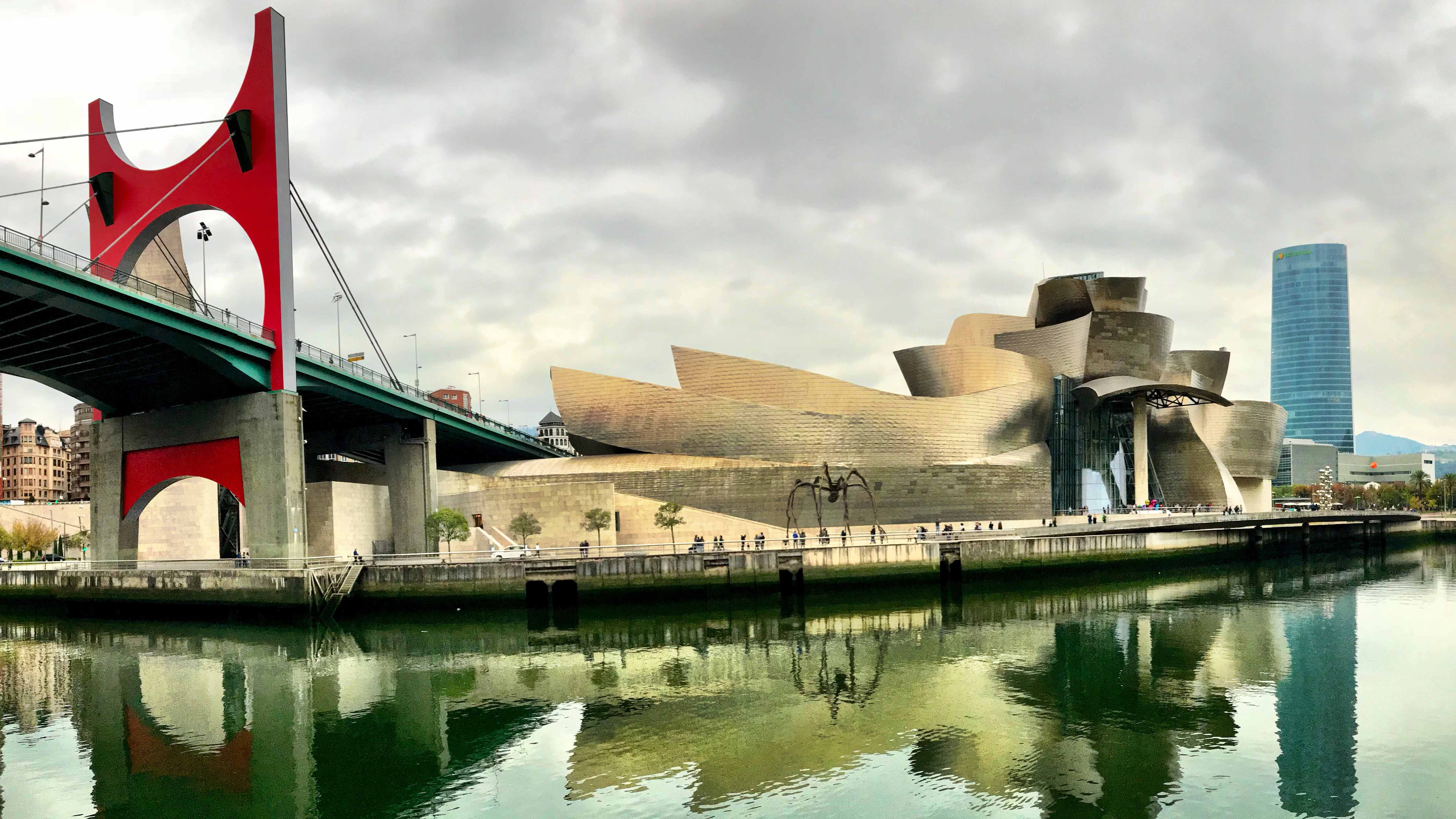 Combine the past and the present of the Basque Country, all in one day!

On April 26th 1937, during the Spanish Civil War, the town was razed to the ground by German aircrafts,sent by Hitler to support Franco’s troops. When Picasso painted the Guernika in 1937, could not imagine that its vision of the bombing would become antiwarlike symbol.

Be introduced to the Basque History, in the heart of the Basque Nationalism

Designed by the North American architect Frank Gehry, this unique museum on the riverside is the highlight of Bilbao since 1997. The building itself is an extraordinary combination of interconnecting shapes. Impressive limestone blocks contrast with curved architectural forms covered in titanium. Glass curtain walling provides the building with the light and transparency it needs.

An abstract ship shape, and the titanium panels resembling fish scales pay homage to the fact that the river was historically the economic hub of Bilbao

Explore the museum by yourself, an audio guide is included in the ticket price. 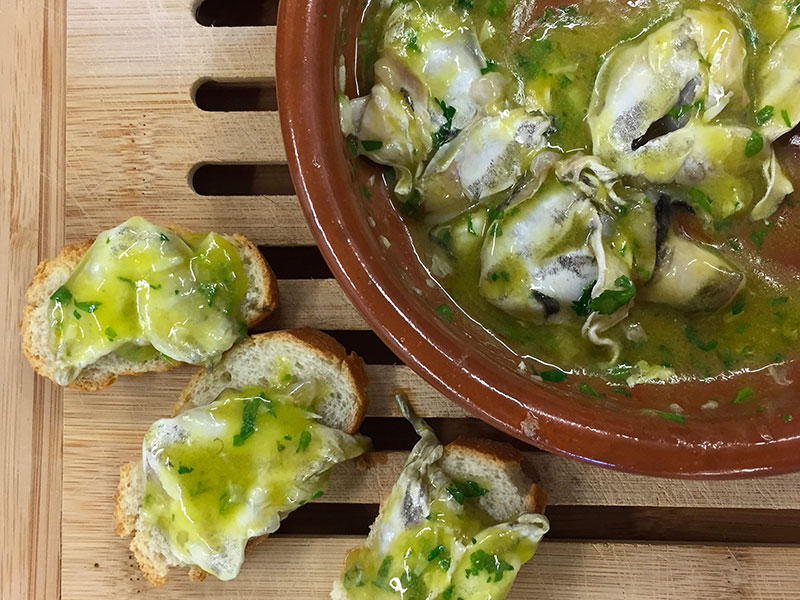 Get introduced to the world known Basque Cuisine as the Basques do it, this cooking class happens in a real life Gastronomic Club!

We will walk to one of the Central Markets of San Sebastian where we´ll meet local farmers and producers and will buy some of the ingredients of our cooking class directly from them.

Once we arrive to a our private Gastronomic Club, it is time to put our aprons on, roll our sleeves up, grab a glass of wine and start to enjoy a real experience in the kitchen with our chef and the locals that could be there that day. Our chef will show you the secrets of the basque cuisine and you will be able to apply them directly there, on the fire,chopping, shaking, COOKING!

After our work in the kitchen, it is time to enjoy the fruit of our labour.

A delicious Basque traditional lunch: Lobster Rice, Kokotxas in Green Sauce, Hake fish in pil-pil sauce, or other local fish or meat if you prefer and all topped with a traditional dessert and plenty of Rioja or Txakoli wine

for 3 or 4 pax
DETAILS
Are you ready to book?
CLICK HERE TO BOOK